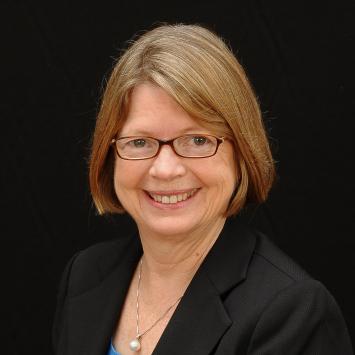 Dr. Eugenia Toma was the Wendell H. Ford Professor of Public Policy in the Martin School of Public Policy and Administration at the University of Kentucky where she also holds the title of University Research Professor. Dr. Toma is an applied micro economist with long-term research interests in the economics of schooling and economics of the political process. She is interested in why particular institutional structures are chosen for the provision of public services and the consequences of these choices. Her research has considered topics as diverse as school choice, school finance reforms, the effects of teacher certification requirements on student outcomes, and the effects of peers on student outcomes in public and private schools. Her current research focus is on the types of structural reforms necessary for improving rural school quality with a special focus on Appalachian schools. Her work has been supported by grants from the National Science Foundation and the Spencer Foundation, by state education agencies in Kentucky and Michigan, and by federal education agencies in the U.S. and New Zealand. She received a Fulbright Award to work with the Ministry of Education and the Treasury in 1992. Dr. Toma has published extensively in public policy, public management, and economics journals including Journal of Policy Analysis and Management, Review of Economics and Statistics, and Journal of Public Economics. In addition to her scholarly work, she also has written technical reports for groups such as the National Institute for Education, the Treasury of New Zealand, and state school agencies.

Dr. Toma has a long career of public service. She served as Director of the Martin School of Public Policy and Administration from 1995 – 2004. She has held leadership positions for multiple professional associations. In 2000-2001, she served as Chair of the Institutional Representatives of the Association of Public Policy Analysis and Management; in 2003-04, she served as President of the Southern Economic Association; in 2004-05, she served as President of the National Association of Schools of Public Affairs and Administration; and from 2015-18, she was a member of the Board of Directors of the Association for Education Finance and Policy. In addition, she has served on numerous committees and task forces within these organizations. In 2018, she was inducted as a Fellow to the National Academy of Public Administration.

Her service to the University of Kentucky was recognized in the form of the Lyons Award for Public Service in 2015. Dr. Toma has served on numerous University-level committees including tenure and promotion, strategic planning, and selection committees for administrators including that of Provost. In addition to academic service, she has been involved in volunteer community service through organizations such as the Bluegrass United Way, the Bluegrass Big Brothers-Big Sisters, and the Bluegrass Girl Scouts where she also served multiple times as “Cookie Mom.”