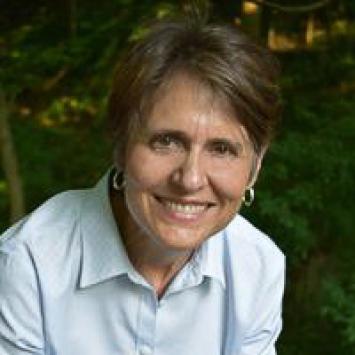 Ms. Plattner joins the University of Kentucky Martin School of Public Policy and Administration as an Adjunct Faculty Instructor. Margaret has extensive experience in both federal and state government. She served nine years in the U.S. Navy, achieving the rank of Lt. Commander. Ms. Plattner was an Intelligence Analyst in the field of antiterrorism and activated during the first Iraq war campaign with the U.S. Navy Military Sealift Command.

Ms. Plattner recently completed 22+ years working in Kentucky state government. She was appointed twice in the role of deputy commissioner by two governors for different agencies. In separate administrations, Ms. Plattner was responsible for the operations of five divisions under the Department of Vehicle Regulation and 820 employees with the Kentucky Department of Veterans Affairs. Ms. Plattner also worked in the fields of campaign finance reform, curbing tobacco use by minors, transportation delivery to Medicaid recipients, and unemployment insurance.

Ms. Plattner’s focus and work in state government was in the areas of innovation, process improvement, and strengthening service delivery outcomes with the objective of Smart Government. Ms. Plattner was a legislative liaison for two governmental agencies and worked with legislators to sponsor legislation to improve programs in which she was associated, namely transportation security and veteran issues.

In the non-profit world, Ms. Plattner worked in the area of reproductive health and served on the KY Commission on Women as a Board member. This was an appointment by a third Kentucky governor. Ms. Plattner attended the United Nations’ World NGO Conference on Women in Beijing, China in 1995 and wrote a University of Kentucky law review article on the subject of women and human rights laws. Most importantly, Ms. Plattner is proud of her daughter Linton who is a source of inspiration.

Ms. Plattner has a B.A. in Political Science from Denison University, a M.A in International Affairs from Catholic University in Washington, D.C., and a J.D. from Chase College of Law, Northern Kentucky University. She also completed two executive courses from the Harvard Kennedy School of Government about regulatory affairs and the essentials of decision making. Ms. Plattner is proud to continue her life’s work in the public policy arena and support the next generation of public servants.